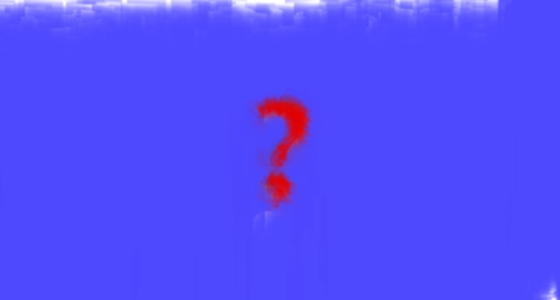 Facebook is taking a pounding for failing to identify as “political” many ads placed by a coronavirus-related disinformation campaign run by Chinese state media. This isn’t so much Facebook’s problem, as it is an expected outcome of sophisticated intentional Chinese disinformation. Vice noted that:

Chinese state media has been flooding Facebook and Instagram with shady political ads praising Beijing and bashing “racist” President Trump as part of a wider campaign to rewrite its part in the global coronavirus pandemic.

The undisclosed political ads, from Global Times, Xinhua News Agency, Global China Television Network (GCTN), and China Central Television (CCTV), all ran on the two platforms in recent months, targeting users around the world in English, Chinese, and Arabic, but they’ve only now been flagged by Facebook as being political.

Facebook was not the only platform hosting this type of ad; others, such as Twitter, have actively shut down misleading ads and posts. In March, Vice explained its analysis of the elements making up “China’s playbook”, which must seem particularly chilling to anyone supporting free speech on public policy:

And Pro Publica explained in long-form detail how the “playbook” disinformation network was shifted from attacking protesters in Hong Kong to coronavirus:

The activities of the influence network were consistent with the timing of the government’s handling of the epidemic and the themes it was publicly pushing. Discussions of a novel coronavirus in Wuhan began swirling on Chinese social media in early January, but the network made no mention of it, continuing to criticize the Hong Kong protests and attack political dissidents. On Jan. 29, six days after the Chinese central government imposed a lockdown on Wuhan, the influence network suddenly shifted its focus to the coronavirus epidemic. That same day, OneSight announced a new app that tracked virus-related information. The announcement was accompanied by a graphic declaring that OneSight would “transmit the correct voice of China” to the world.

“The correct voice of China” is likely to be interesting reading. For example, the official Chinese timeline of the coronavirus outbreak, released Monday by the state-owned media company Xinhua, ignores the crucial first three weeks of the epidemic. One long-form video placed by the Chinese state-owned Global Times, and run on Facebook from March 27 to April 2, said that the Chinese government moved “instantly” at the “onset” of the coronavirus outbreak “on January 23.” But the virus erupted in early December 2019, and Chinese officials actively suppressed information about the outbreak, including silencing Li Wenliang, the whistleblower Wuhan doctor whose death caused an unprecedented wave of rage and grief on social media in China.

To its credit, Facebook announced that it was planning to start identifying ads placed by state actors:

“We are progressing on our plans to label state-controlled media pages on Facebook, including from China, and will have more to share on this soon. We are continuing to work with publishers and third party experts on this issue to ensure that we get this right” a Facebook spokesperson told VICE News, adding that the coronavirus outbreak will delay the rollout of further political transparency measures.

Facebook is struggling to police its platform during the pandemic, as it has sent home the thousands of people its uses to moderate toxic content. Facebook is relying much more heavily on its automated systems to approve ads and moderate content.

But Facebook’s belated announcement doesn’t actually settle the legal questions raised by this second massive state-sponsored disinformation effort. Even leaving aside the obvious implications for public advocacy inherent in police-state silencing of whistleblowers, the Chinese disinformation campaign raises troubling questions under American public policy law, especially in light of recent U.S. Department of Justice prosecutions and investigations, and assertions by Federal Election Commissioner Ellen Weintraub that all it should take to trigger an FEC investigation is a viral or “blockbuster” social media story.

First, the Global Times ad not only mentioned President Trump just before presidential primary votes, but called his actions “racist.” Chinese ads which name American politicians running for office, if run in the United States before elections, including primary elections, might constitute contributions of “things of value” or “foreign campaign intervention” or even “electioneering communications” under federal and state laws:

An electioneering communication is any broadcast, cable or satellite communication that refers to a clearly identified federal candidate, is publicly distributed within 30 days of a primary or 60 days of a general election and is targeted to the relevant electorate.

These are the same sort of actions that triggered intense governmental scrutiny of social media ads placed by the Russian Internet Research Agency disinformation campaign in the 2016 presidential campaign. No such governmental investigations have been announced or leaked as a result of the Chinese coronavirus disinformation campaign, though there is apparently a commitment for a Senate investigation of the actions of the World Health Organization. But will the Chinese efforts be considered campaign finance violations in support of Joe Biden’s presidential campaign, just like the Russian efforts in 2016 that triggered the Mueller investigation of the 2016 Trump campaign? In today’s state-sponsored social media environment, are we likely to face these paralyzing questions and expensive investigations after every campaign?

Second, Americans have started to echo some of the messages circulated by the Chinese propaganda, which could conceivably trigger investigations of those Americans’ actions. Sound far-fetched (as it should)? A recent article in Lawfare explored this possibility in more detail, as noted in a December 2019 post on this blog. Federal investigations and prosecutions have started because of actions based on false social media posts. A 1982 case from the U.S. Court of Appeals for the Second Circuit, Attorney General of the U.S. v. Irish Northern Aid, could be used to find that repeating Chinese propaganda might be construed as triggering registration obligations under the Foreign Agents Registration Act. Greg Craig, former White House Counsel to President Obama, was recently charged — and acquitted — during the Mueller investigation for being an “agent” of the Ukrainian government but failing to fully disclose and report his relationships in FARA filings.

And it appears that U.S. official legal policy is that even innocent or unknowing support of foreign governments can be federal violations. A Dept. of Justice trial memo in the Craig case argued that the American individuals and organizations “caused” to “act” by agents of a foreign government — even without knowing it — would have had to register and make full disclosure under FARA.

Not so long ago, it might have seemed outlandish to suggest that unwitting Americans could be investigated or prosecuted for believing false social media. Indeed, in his acquittal defense, Greg Craig pointed out that he was hardly an “agent” of the Ukrainian government since his position opposed their’s, but that didn’t stop him from being prosecuted.  But today, when sophisticated state-sponsored propaganda can be targeted to trigger individuals to action, the Irish Northern Aid precedent may come back to haunt us.